June 27, 2022
We have been quite lucky really. I have harassed our solicitor (who in turn harassed our seller's solicitor), got the Homebuyer's report back quickly (no awful problems this time), and the searches, which apparently can take forever in some council areas, were done very quickly and didn't produce any unwelcome news.
Meanwhile, I carried on filling boxes and organising what was to go into them. I was reminded of a news item I once heard about someone who, throughout the many years he had lived there, had collected newspapers and magazines, stacking them up around the house as he ran out of room, until the only space he did have was a network of narrow walkways to enable him to get around the house. I think one of the TV drama series once featured a similar storyline  but in that case, the character was crushed to death when the piles of papers fell on him. Well, we're not that bad yet, but this house is pretty compact, so the boxes are beginning to loom somewhat.
Since I wrote this post, contracts have been signed and exchanged and a completion date has been set.
I feel I want to throw my hat in the air and shout "Hurray!" as I write that but there's nobody here except Toby. Keith is outside hovering over the removal men who have come to collect the rest of the workshop contents (yes, they did come back!) and if you have ever seen a mother hen clucking over her chickens, that's Keith with his machinery.
This morning, I have carefully packed up my Apple Cinema Display monitor, which dates from 2003 but which is still absolutely fantastic, and I shall be threatening the removal men with severe consequences if anything happens to it. :)
Meanwhile, things are beginning to move elsewhere! 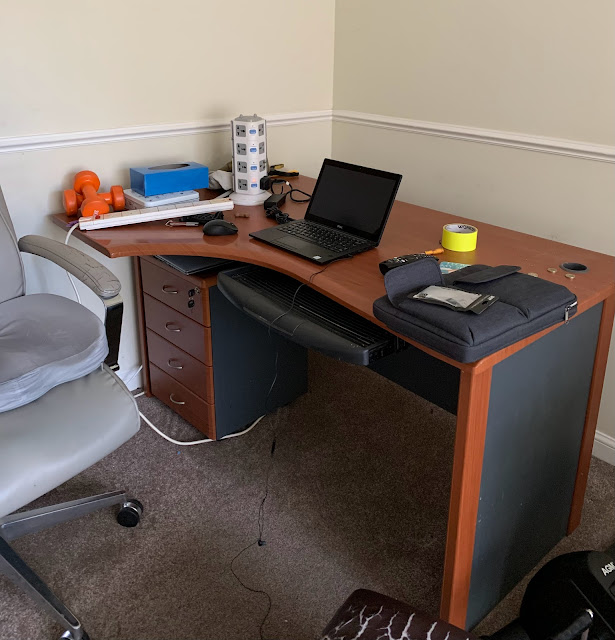 Could it be that we are getting there?

Yorkshire Pudding said…
The signs are good. It looks like you will be in the new residence soon but in my wisdom I have always said that you never know a deal has gone through until you have the new house keys in your hand.
2 July 2022 at 11:47

Jennytc said…
Very true, YP. Never count your chickens until they are hatched. However, we made it eventually.
2 August 2022 at 11:49